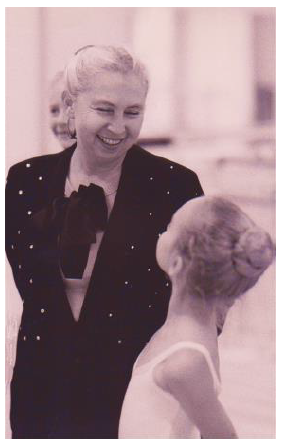 JANINE STANLOWA – Founder of the competition

Janine Stanlowa was born in Paris from parents of Slavic origin and grew up with her four sisters in a happy family. She took classes at the School of Choreographic Studies where she graduated as a classical dance teacher with the Prix d'Excellence. Janine founded her first dance school in 1974 in Neuilly-Sur-Seine and wrote her first books dedicated to children: "Patricia in the realm of dance" and "Isabelle and the dance". In 1984, the dance school expanded, moved to the Salle Pleyel in Paris and became l’Institut international de Danse Janine Stanlowa. Accompanied by her two daughters, Isabelle and Patricia, Janine surrounded herself with a team of esteemed teachers and high-level pianists. The same year, she opened a boutique in Paris and designed a line of tutus and dance accessories. In 1986, she innovated again by creating the Ecole du Ballet, a sport and studies course intended for the training of professional dancers. Finally, the Jeune Ballet de Paris came into existence to prepare these young dancers for the stage. Always enthusiastic, she created in 1987 the international dance competition, Le Chausson d'Or, considered today as one of the most famous competitions in the world of classical dance. When the State Diploma of Dance Teachers was created in 1992 by the Ministry of Culture, she opened her school to the obtention of this diploma. Authorized by the Ministry of Culture, this teachers' school has, to this date, trained many teachers and schools’ and conservatories’ directors. In 1993, the City of Neuilly-sur-Seine asked her to set up, in several public schools, teaching classes in classical dance. To honor her creativity and her work as a pedagogue for children, the Ministry of Culture, represented by Mr Philippe Douste-Blazy, has raised her to the rank of "Knight of the Order of Arts and Letters” on May 30th, 1996.

As the new millennium dawned, she created with her husband, ardent defender of classical dance, the magazine "Dance Light". Passionate about dance, Janine Stanlowa, has worked her entire life for this art. Until she died in 2004, she never stopped teaching, creating, writing and living with an extraordinary energy.

Among the many homages, the world of dance, represented by Brigitte Lefèvre, then Director of the “Opéra National de Paris”, wished to salute the work of a great lady. Janine Stanlowa, a leading figure in classical dance, has been immensely creative: a dance school, a dance boutique, a dance and studies course, a dance competition, educational classes and a magazine are the fruits of her years of passion. She passed on her creative strength to both of her daughters, who continue her work today. 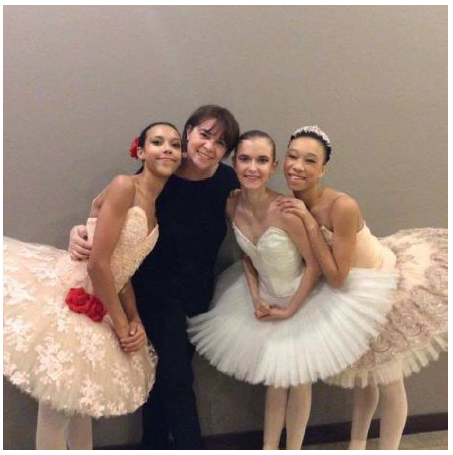 Isabelle started dancing at the age of 4 in her mother’s class, who introduced her to classical ballet and a plural culture. Early on, she paints, draws, sews, creates, is passionate about dance in all its expressions. She accompanied her mother in the dance classes, she taught, observed carefully the rituals, and immersed herself in all the vocabularies of this art of movement. She spent her days dancing and her evenings imagining ballets. Her visual memory, her musical sensibility and her personality allow her to nourish a very personal aesthetic universe. It is during the withdrawal of a choreographer that Isabelle got up and exclaimed: "I can replace him". She then signed her first choreography. She was 18 years old, her professorship in hand, she affirmed her passions (choreography, staging, lighting) and transmitted them to the dancers of the Jeune Ballet de Paris that she leads today. She creates a rich repertoire of more than twenty ballets. From great classical creations to more intimate works, she explores the beauty of the body as a sculptor of the gesture, highlighting the peculiarities of her artists and shaping unique, coherent and respectful works.

Over the last 30 years, Isabelle shares her passion with the young dancers of the Ecole du Ballet and the Jeune Ballet de Paris. She trains them in their future professional career, physically and emotionally. She collaborates with international companies such as the Scala of Milan, the New York City Ballet, the Opéra national de Paris ... Between her activities as a teacher, her creative commitments, her investment for the development of the house Stanlowa, she is actively working on new directions for the Chausson d’Or. Through this competition, she likes to offer these young talents from around the world the opportunity to have access to new trainings to reveal their potential. She decided with her sister to give a new impulse to this competition. 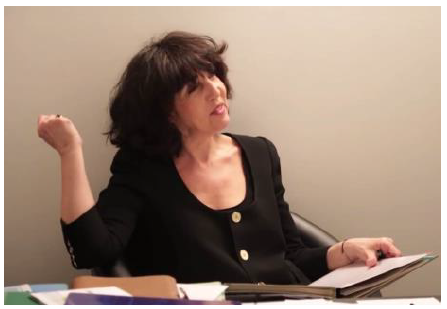 Patricia started dancing at the age of 6 and after an internship at the Dance School of the Opéra national de Paris, she joined the sport and studies program of her mother’s school. Soloist in the Jeune Ballet de Paris since its creation, she began a career as a classical dancer while obtaining a state diploma of dance teacher. Very quickly, she stopped her career as a professional ballerina to devote herself to her real vocation: pedagogy. It's a passion she shares with her mother. She is totally involved in the life of the dance school and the development of educational and artistic projects led by Janine Stanlowa. Together they managed the Stanlowa Institute and created a veritable nursery of talents in the studios on the 3rd floor of the Salle Pleyel. The professional success of the Institut Stanlowa students throughout these years is Patricia's great pride, which works with discretion to the quality of a demanding teaching in a warm and benevolent atmosphere. For her, every student is important, and she knows them all.

In 2005, the school grew and moved to 129 Bd Haussmann still in the 8th arrondissement of Paris. In this beautiful space on several levels, Patricia, with passion and determination, directs and enforces the rules of classical dance surrounded by a team of renowned teachers from the Opéra national de Paris and major international companies. For her, dance in all its forms must be taught with the same quality, whether amateur or professional. Executive director of Le Chausson d'Or, she brings her great expertise born of thirty years in the service of classical dance. Her sense of organization and her artistic pragmatism allow to breathe a new ambition to this essential event of the world of dance. 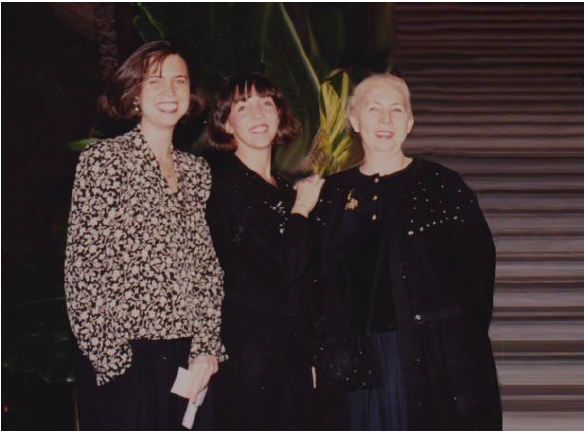